Bir Dilek Tut Derneği, Make-A-Wish® Türkiye grants the one-true-wish of children with life-threatening diseases, between the ages of 3 and 18. A wish experience can be a game-changer for a child with a critical illness. It also gives the parents some hope along with a chance to share a very special memory with their children. 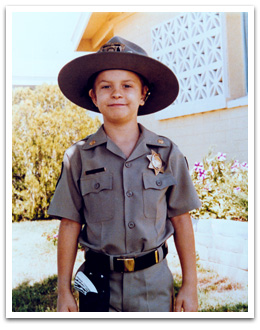 How Did it All Begin?

In 1980, Christopher James Grecious, a 7-year-old boy who lived in the United States and was battling severe leukemia, made a wish. His biggest dream was to grow up and become a cop. Realizing that, his mother, some friends and the Phoenix Police Department came together to grant him this wish. They started by preparing him a uniform, a police cap and a police ID. On the day of the wish, Chris got into a police car, a police motorcycle and even tried a police helicopter. He was also awarded a police badge after passing an entrance exam that was prepared especially for him.

Two days later, the world lost Chris, and for the first time in the United States a civilian official funeral was held. Chris’s wish later inspired the creation of Make-A-Wish.

Today, Make-A-Wish is the largest wish fulfillment organization in the world. It carries out its activities on an international level with branches operating in 50 countries.

Make-A-Wish fulfills the wishes of 30,000 children every year with the help of more than 40,000 volunteers.

How did it begin in Turkey?

Bir Dilek Tut Derneği was established in Turkey in 2000.

We became an affiliate of Make-A-Wish in 2009 and we’ve granted over 4,707 wishes since the establishment.

We capture wishes everywhere in Turkey with a rate of 200 wishes granted annually.